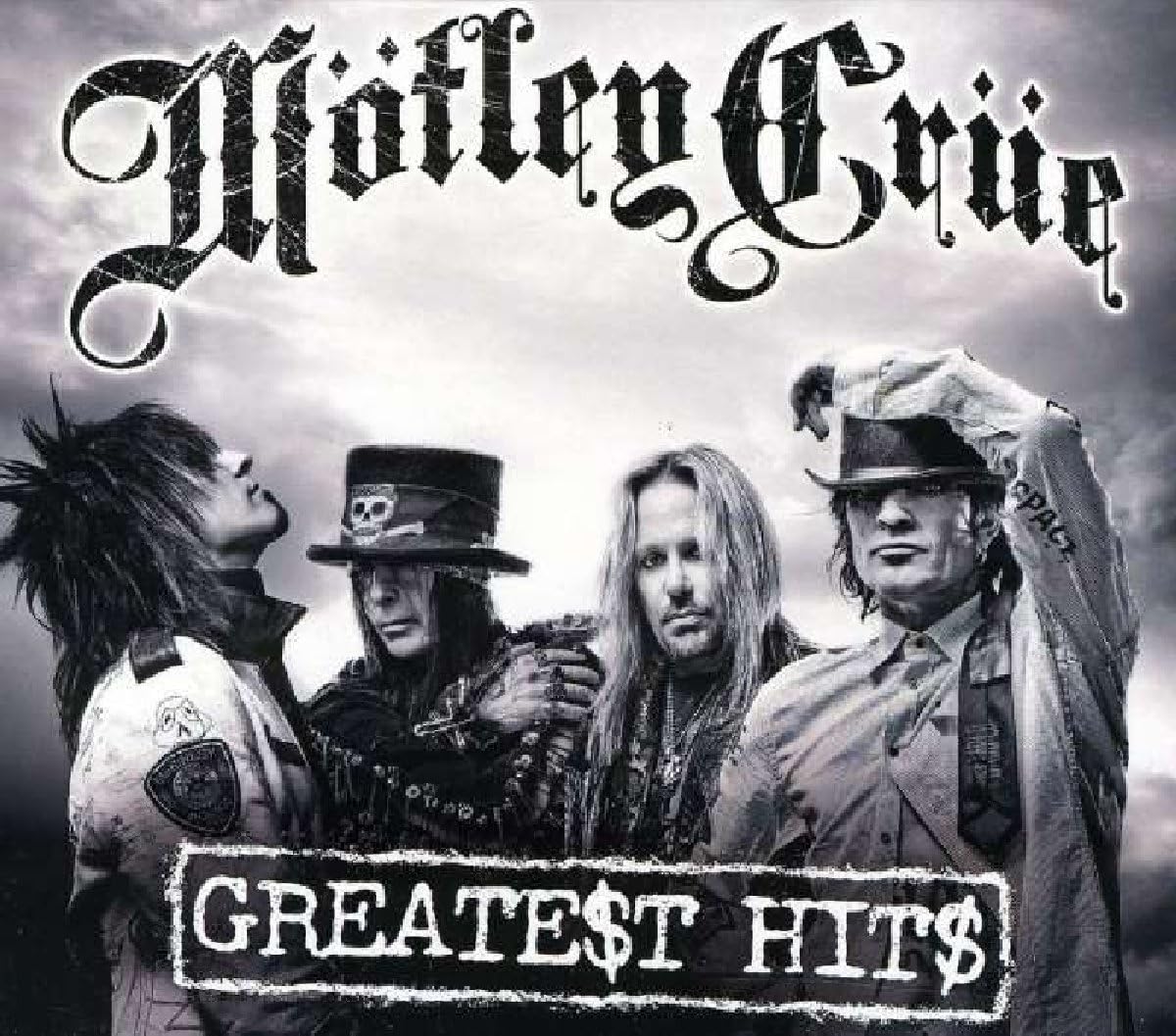 The full display configuration for this product, including value adds, is: 1 x CD Album

Mötley Crüe are set to re -release a limited quantity of their catalogue, having regained the rights to all their songs, after a long absence in the market place.

The following albums will be re-released as Vinyl replica CDs with a 16 page booklet, a CD with a 5 page booklet and on 180g vinyl in a 4 colour Gatefold sleeve: `Too Fast For Love', `Shout At The Devil', `Theatre of Pain', `Girls Girls Girls' and `Dr Feelgood'. They will be available on 14th November 2011.

Also on that date, the rest of their catalogue - Motley Crue', `Generation Swine', `New Tattoo' and Live:Entertainment or Death' - will be re-released in standard CD format only.

This will be followed by `Motley Crue's Greatest Hits' in CD, Deluxe CD, 180g Vinyl and DVD formats on 5th December 2011.

Nikki Sixx, Mick Mars, Tommy Lee and Vince Neil , collectively Mötley Crüe, returned to the top of the charts with Saints of Los Angeles, their first studio album in a decade with the original line-up back in 2008 . Based on the band's New York Times bestseller The Dirt, the disc debuted at #1 on the Independent Album chart and was the top debut of the week on the Billboard Top 200 albums at #4. "Saints of Los Angeles," which was nominated for a Best Hard Rock Performance Grammy Award was also noted as the #1 Rock Song of the Year by iTunes critics. The band also started Crüe Fest in 2008, which was the most successful touring rock festival and the number ten tour overall (according to Rolling Stone), playing for nearly half a million rock fans throughout North America. This was swiftly followed by Crue Fest 2 in 2009, during which the band played the whole of the Dr Feelgood album every night in celebration of their 20th anniversary, this included a stand out show at Sonisphere festival in the UK last year. Mötley Crüe has sold more than 80 million album copies worldwide, including 25 million in the U.S.

Sons of The American Legion member premiers documentary in Wyoming

The spirit of patriotism